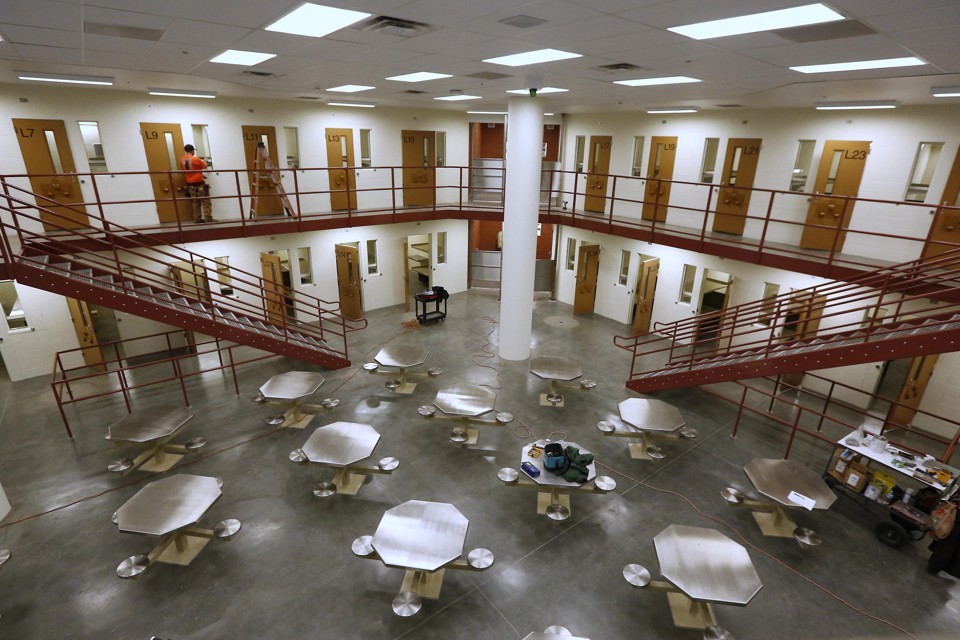 It’s not hard to find a person that’s in federal prison if you know where to go and what to search for. Thankfully you came here because below is a list of the DOC, public safety and BOP inmate locator tools. If you’re wanting to run a more in-depth criminal records search you can do that too.

BOP Federal Inmate Locator – Locate the whereabouts of a federal inmate incarcerated from 1982 to the present. Find the inmate by number or name.

Alabama DOC Inmate locator – This database only contains currently incarcerated inmates. Historical data is not available on-line at this time. Search by AIS# and name.

Alaska VineLink Inmate Search – Alaska uses Vinelink to manage their offender database. VINELink is the online version of VINE (Victim Information and Notification Everyday), the National Victim Notification Network. The Department of Correction encourages individual seeking information on the incarceration of an offender in the State of Alaska to utilize this online tool.

Arizona Department of Corrections Inmate Search – Search for inmates by number, active, inactive, supervised inmates that are on parole etc.

California Inmate Locator – Search for a person who is in a California prison by inmate number and or name. This search will only return adult inmates currently in a California Department of Corrections and Rehabilitation (CDCR) institution.

Colorado DOC Offender Search – Search for someone who’s in a Colorado prison by DOC number, name and or gender.

Connecticut DOC Inmate Locator – Find out if someone is locked up in a Connecticut prison. Search by DOC number, name and or date of birth.

Delaware Offender Locator – Delaware uses Vinelink to manage their offender databases. VINELink is the online version of VINE (Victim Information and Notification Everyday), the National Victim Notification Network. The Department of Correction encourages individual seeking information on the incarceration of an offender in the State of Delaware to utilize this online tool.

Florida Inmate Population Search – This is a very in-depth inmate search provided by the Florida DOC. You can search for people in a Florida prison by their charges, county, location and much more.

Georgia Department of Corrections – Easily finds out if someone is locked up somewhere in Georgia. This tool will let you search all the county jails for a person that you believe is incarcerated.

Hawaii Vinelink Inmate Search – Hawaii uses Vinelink to manage their offender databases. VINELink is the online version of VINE (Victim Information and Notification Everyday), the National Victim Notification Network. The Department of Correction encourages individual seeking information on the incarceration of an offender in the State of Hawaii to utilize this online tool.

Idaho Offender Search – The Idaho Department of Correction offender search database provides information about offenders currently under IDOC jurisdiction: those incarcerated, on probation or on parole. This includes a listing of felonies for which an offender is serving time.

Indiana Department of Corrections Offender Search – Use the inmate search tool to see who is in the Indiana DOC. Really easy to find an inmate, view their charges, when an inmate is getting released etc.

Iowa Offender Search Tool – Search for an inmate in by the person’s charges, name, DOC number, date of birth and more. This inmate search tool makes it easy to see who’s locked up for free.

Kansas Inmate Search – KASPER is a database which contains information about offenders sentenced to the custody of the Secretary of Corrections since 1980. KASPER contains information regarding those who are: currently incarcerated; under post-incarceration supervision; and, who have been discharged from a sentence.

Kentucky Online Offender Lookup – KOOL is an online offender lookup tool provided by the state of Kentucky. Use this to search mugshots and photos of those in prison, see why a person was sentenced and more.

Louisiana Offender Lookup – Family and friends of offenders assigned to the custody of the Louisiana Department of Public Safety and Corrections — Corrections Services can locate the offender by calling the Offender Locator. Individuals, using a touch tone or cell phone, may call 225-383-4580 to access the Offender Locator system 24 hours a day. Also available is LAVNS, Louisiana Automated Victim Notification System, an on-line resource provided by the Office of the Governor through the Louisiana Commission on Law Enforcement and Administration of Criminal Justice.

Maine Prisoner Search – This service provides a free and convenient way to search for information about adult prisoners/probationers in the Maine Department of Corrections system. The search service is available 24 hours a day, 7 days a week. Search data is updated on a daily basis.

Maryland Inmate Search – The Inmate Locator enables members of the public to learn the housing location of inmates committed to the custody of the Commissioner of Correction and currently housed at Division of Correction facilities, Patuxent Institution and, for some short sentenced offenders, at Division of Pretrial and Detention Services facilities. The Locator, however, does not provide information on everyone in the custody of the Department of Public Safety and Correctional Services.

Massachusetts Find an Inmate – Find an inmate by calling or using Vinelink. More information provided by visiting the link.

Minnesota Inmate Search – This search can be used to retrieve public information about adult offenders who have been committed to the Commissioner of Corrections, and who are still under the jurisdiction of the Department of Corrections (i.e. in prison, or released from prison and still under supervision).

Mississippi Inmate Locator – To find an inmate, please enter the name OR the ID number, and then click the SEARCH button.

Missouri Offender Search – Find someone who is currently incarcerated in a Missouri prison or jail.

Montana Prison Inmate Locator – The Conweb service searches for the records of convicted felons in the state of Montana. You can also request  the entire Montana Department of Corrections Offender Web database.

Nevada Inmates – Search by offender ID and or name to see if someone is locked up somewhere in Nevada.

Las Vegas Inmate Search – See who got locked up in Vegas.

New Hampshire Inmate Search – The information here is extracted from records held at the DOC Offender Records Office in Concord, New Hampshire. The inmate locator displays active sentencing information by the title of the statute under which the offender was convicted.

New Jersey DOC Inmate Search Tool – Many different search filters to find out who is locked up in Jersey. See a person’s mugshots, charges, how long they will be incarcerated and more.

New Mexico Offender Lookup – The New Mexico Corrections Department Offender Information is intended to provide law enforcement agencies and the general public with information about offenders who are incarcerated or on probation and/or parole supervision. You must know an offender’s first and/or last name or NMCD Number to begin the search process.

North Carolina Criminal Offender Searches – Many different search tools on this page such as inmate search, sex offender searches, specialized database searches and more. A great tool to find out who’s a convicted felon and or criminal.

North Dakota Inmate Lookup – Search for an inmate by last name to see if someone you know is currently locked up or to find a person that you know is in prison.

Ohio Offender Search – This site displays data on those offenders who are currently incarcerated in an Ohio prison, currently under Department supervision, judicially released, or who died of natural causes while incarcerated.

Tennessee Felony Offender Information – The information available in this application pertains to Tennessee felony offenders who are or who have been in the custody of the Tennessee Department of Correction. Information such as individual’s current status (e.g., inmate, probation, parole) or parole eligibility is available to citizens free of charge.

Texas Offender Information Search – Only offenders who are currently incarcerated in a TDCJ facility are included in the online search.

Utah Offender Search – Search by name and or offender number to find an inmate in Utah.

Virginia DOC Inmate Search – Search for offenders by offender number and or name to see who’s been arrested and incarcerated in Virginia.

Washington DOC Inmate Search – The Department of Corrections (DOC) provides the Inmate Search service to promote public safety while providing access to selected information about incarcerated person(s) such as a) inmate name, b) inmate DOC number, and c) facility where the inmate is currently incarcerated.

Wyoming Inmate Search – The minimum search criteria necessary for access to information is either a WDOC inmate number OR the first two letters of the offender’s last name. The additional search options can be helpful in narrowing your results. Offenders in this database are identified by their name as it appears in official court documents.