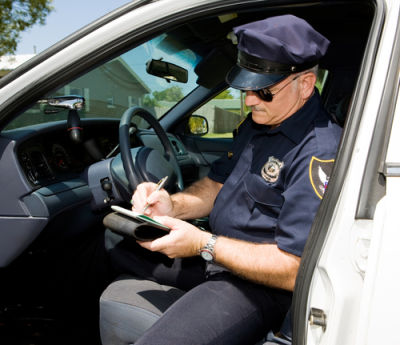 When a police officer takes a public report or arrests a suspect, they are required to file their report with the police department. With the general lack of understanding among most when it comes to the how and why of our government, some people might understandably ask “are police reports public record?” The answer is yes, and there are several important and specific reasons why.

Under the law, police reports or arrest records are evidence just like:

Because it is evidence that can be used to prosecute a suspect, it can also be used in a defendant’s case, which is why it must be generally available to the counsel for the defense. If you are arrested, your attorney can always get a copy of a police report. But that isn’t the only reason it is a public document.

The Freedom of the Press

In order for a journalist to do their important work, they must have access to the same documents a court can examine. Without this kind of access, it would be impossible for the public to know with any kind of certainty the laws were being faithfully executed or if a potentially innocent defendant was getting a fair trial.

Free access to documents produced by the government is a key element in any society that values the freedom of the press. Whether they are incident reports, crash reports or arrest records, they must be available to anyone who wants to examine them for exactly the same reason they must be available to both the prosecution and defense in any potential criminal case. The proper application of justice depends on openness and transparency.

But even beyond the fair application of justice and the freedom of the press, there is a more fundamental truth when it comes to documents produced by the government. As citizens and taxpayers, we pay for the production of those documents. We elect the officials who administer the agencies, we pay the salaries of the people who create those documents. As a result, we should be able to access documents like:

While this is an important principle for a free and open society, it also reinforces the basic protections required by the Constitution and our justice system. Due Process prohibits secret evidence. The freedom of the press largely prohibits government-enforced secrecy in general, especially when it comes to criminal law. The primacy of citizen engagement prohibits a government from blocking citizens access to their community.

How to Obtain Official Documents

By and large, the process of locating and getting copies of official documents isn’t all that complicated. For example, if you want to find out if someone has been arrested, that information is usually readily available from the police department either in the form of an arrest report or from the department’s incident blotter.

Obtaining a police report is a simple matter of filling out a form and sometimes paying a nominal fee. Other kinds of documents may have more complex or unusual request requirements, but all are generally the same.

Some documents will entail a delay, as they may need to be compiled and/or delivered in some form required by the appropriate agency. The information on how to obtain official documents can often be discovered at a city hall, library or state government website.

There may be some instances where legal advice is required, especially if you are looking for complex information like an autopsy report or similar. The more common public record documents, however, are usually rather easy to get as long as you know where and how to apply.