Who Is My Girlfriend Texting? 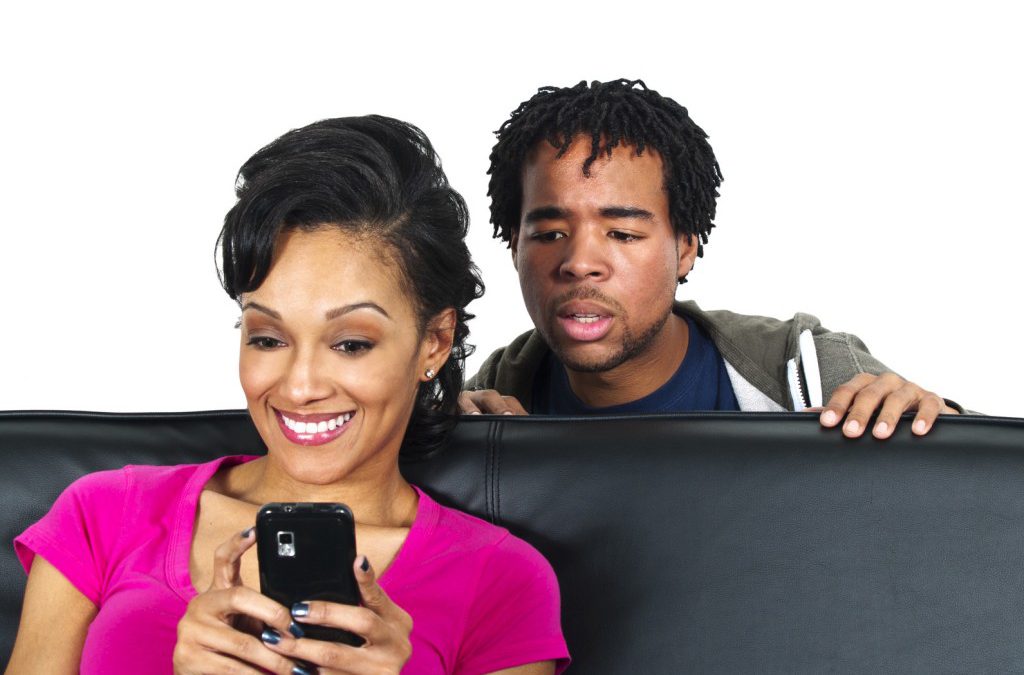 “Why’s My Girlfriend on Her Phone So Much Lately?”

It’s a common situation when you’re in a relationship, especially once you get past that blissful honeymoon stage. You start noticing that your girlfriend is spending quite a bit of time on her phone. Even though you don’t have any solid evidence that there’s something going on, you have a gut feeling making you wary. Perhaps you’ve seen some troubling warning signs: your girlfriend is more protective of your phone, or she’s always eager to respond to texts while she’s with you, even though she often leaves you hanging when you text her.

You’re likely curious “who is my GF texting?” On the one hand, you don’t want to look paranoid. On the other, where there’s smoke, there’s fire, as the saying goes.

So, maybe you try to sneak a glance at your girlfriend’s phone when she gets a message or when she’s typing a text. But then she’s mad at you for not giving her any privacy.

Eventually, you’ll reach the stage most men would – you want to know what’s going on, and you’re willing to snoop to find out. When your girlfriend is preoccupied or taking a nap, you grab her phone to do some digging. The first stop is the photos, hoping there aren’t any saved pictures of other guys.

You don’t find anything there, but you still want to find out who your girlfriend is texting.

When you check her text messages, there’s no glaring incriminating evidence, but the content also doesn’t exactly put you at ease. Something just seems off about these texts and who they’re coming from. It could be that your girlfriend has one or more conversations going on with unsaved numbers, which is always a bad sign. Or she could have conversations with friends that you’ve never heard of.

Although her texts aren’t flirtatious, the dialogue doesn’t look right, as if your girlfriend has deleted certain messages. And considering how frequently she is texting while she’s with you, the number of messages you see here just doesn’t add up.

You did this to get some peace of mind, and now you only have more questions. You’re starting to panic, but if there’s a reasonable explanation, the last thing you want is to accuse your girlfriend and make her angry.

That’s when you get the idea to do a reverse phone lookup on any suspicious numbers and contacts.

You may be unsure of doing this at first. You’ve never been the jealous type, and you don’t like how crazy you’ve gotten about this.

But that nagging feeling just won’t go away, and you need to know who this person she’s texting is.

You figure that you’ve feel much better knowing, and you start looking for reverse phone number lookup services. You’re not sure which one is the right choice, though, and when you run a search, many of the results don’t look legit.

So, what are you going to do?

Finding Out Who She Is Texting Free of Charge!

When your girlfriend has been texting a number you don’t recognize, what you should do first is go on social media and perform a search for it. This is one of the fastest and simplest ways to find out who the person is, and you may solve your problem then and there. However, if the owner of the phone number hasn’t connected it to any social media accounts, then that won’t work, and you need to try something new.

With FreeBackgroundCheck.org, you can trace a phone number from anywhere in the United States and get comprehensive results in just minutes. These results can include:
• Contact information
• Property records
• Arrest records
• Criminal backgrounds

You’ll be able to find out exactly who your girlfriend is texting, along with their background.

When you suspect your girlfriend of cheating, it’s important to gather plenty of evidence before confronting her. FreeBackgroundCheck.org gives you the evidence you need to ask the tough questions and ensure you get honest answers.

No one thinks their partner will cheat, but unfortunately, it happens all the time. Here are some of the red flags that indicate your girlfriend may be cheating or considering it:
• She’s on her phone much more often than usual
• She put a password on her phone out of the blue or will never show you the screen anymore
• She’s busy much more often
• There are men’s clothes or other personal items in her home and they don’t belong to you
• Her sheets or clothes smell like a men’s fragrance that you don’t use
• She’s more interested in fitness or fashion than she was before
• She’s paranoid that you’ve been cheating (this is called projection, and it’s common among cheaters)

If you think something is wrong, then it’s time to act. If your girlfriend is demonstrating any red flags, go to FreeBackgroundCheck.org to see if your suspicions are correct!