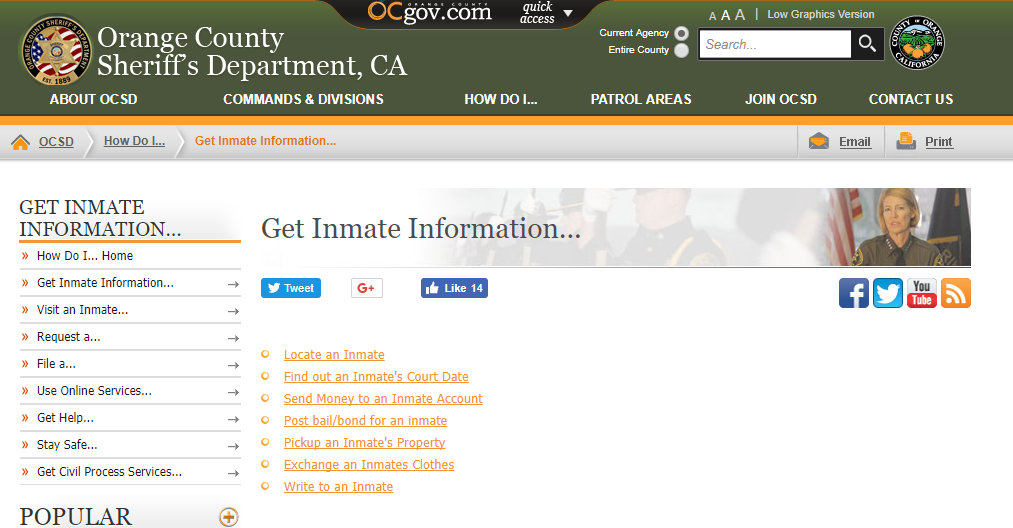 You’re here because you want to know who’s in jail in Orange County. You may want to find out why someone got arrested, if the person is a felon or maybe you just want to view mugshots of people that are locked up in OC. There could be numerous reasons why you want to know who’s in police custody. I will show you how to search arrest records and view the list of current inmates in Orange County California.

The resources above will help you to locate a person who has been arrested or that you think is in jail. You may search the arrest databases to find out who is currently in police custody and what they have been charged with. Also, you can find out when they will possibly get out of jail or run a background check on someone too.