How To Find Mugshots Online 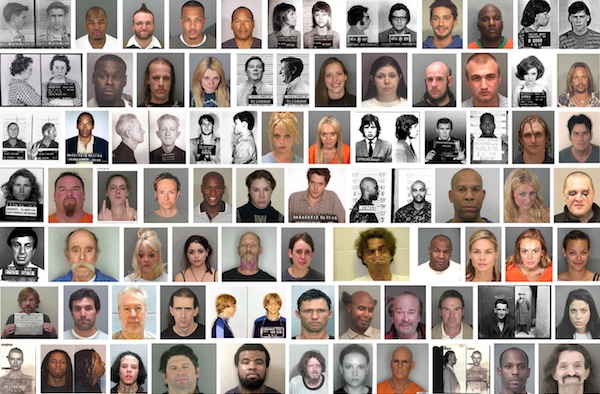 If you’re trying to find out if someone has been arrested or you’re searching for photos of people in jail, your best option is to go online. There are several websites that will provide you with information about the person who has been arrested and the prison or jail, as well as any other penal system information you’re interested in, including inmate mugshots. However, under certain circumstances, you may not be able to find information about an arrest record, like in the case of an ongoing investigation. You could also conduct a background check free on someone too.

Can I See Mugshots for People on Probation or Parole?

Most agencies have mugshots of people who are in custody at the moment, or who have been booked within a specific time period, but it is possible to sometimes find archived mugshots for people who are on probation or parole. For example, states like North Carolina have a database of historical arrest information as well as current arrest information. Both databases can be searched by name or offender ID number, and you can limit the results to a specific timeframe. This will vary by state, though, and some states don’t have archived mugshots available to the public.

Where Can I Search for State and Federal Prison Information?

Since most states have a database of people in the penal system, a basic Google search that includes your state followed by “department of corrections” will bring up a link for your state’s database. You may also be able to find a person’s mugshot by simple searching in Google for the person’s name – put it in quotations, such as “John Doe.” If you can’t find what you’re looking for, try to add their middle initial or entire middle name, or try to write variations of their name, such as last name first, followed by a comma and then the first name.

The website ancestorhunt.com has a County Jail Search for every state, which includes a ton of information, including the inmates who are incarcerated and warrants that are still outstanding.

The National Victim Notification Network has a website called VineLink that lets the public search offender info and criminal case information by state. You can also get information about current cases and the current status of offenders.

The website Corrections Connection is another website you can use to find photos of prisoners, plus other information. The website has links to prison inmate locators in multiple states.

If you want to search the federal prison system, you can visit the Federal Bureau of Prisons online. You’ll be able to search inmates who have been incarcerated as far back as 1982. However, mugshots are the property of the federal government, so you won’t be able to view them, though you will be able to find information about the offender.

It can be pretty simple to find a booking photo or inmate mugshot online. Because just about every state has a public online database of everyone in the penal system, you can usually find a person’s mugshot, along with the date the crime was committed, what they went to jail for, how long the person’s sentence was and when they may get released.

However, since not every single person has their picture taken, an online mugshots search won’t have results for people who were arrested but didn’t have a photo taken. Sometimes a person will be cited and then released without having their mugshot taken, or their arrest information won’t be made public, which can make the mugshot hard to access.

In the case of an ongoing investigation, a mugshot will likely be exempt from a public record request, though this will vary based on location.

Can I See the Mugshot for a Sex Offender?

Can I Get a Copy of My Arrest Images?

If you’ve been arrested or a friend, you may want a copy of your own arrest images. You can often request these by going to the jail where you were originally booked and making an inquiry. However, note that this process may vary by state or county. You’ll probably have to make a formal request to have your records released to you.

Are There Any Other Websites Where I Can Find Mugshots?

There are several websites where you can search for mugshots, including the following:

• At findmugshots.com, you can enter the person’s full name and state. You can also browse even if you don’t know the full name by clicking on the state and then choosing a county or city. You can then browse by the first initial of the last name.

• On the Prison Handbook website, you can choose your state and then see a list of that state’s jails. After choosing the jail, you’ll be able to find out if and how to search for and view mugshots. Note that some jails will not allow you to view mugshots.

What Does the Freedom of Information Act Say About Mugshots?

According to the Freedom of Information Act, several states have to give citizens public information if it’s requested. The type of document that can be released to the public will vary, though, based on jurisdiction, charges and other details. Policies regarding mugshots can be a bit more strict and may have more variations based on specific circumstances.

Though many jails will provide free, public arrest information, including mugshots, rules and availability may vary by state, county, jail or even arrest record.