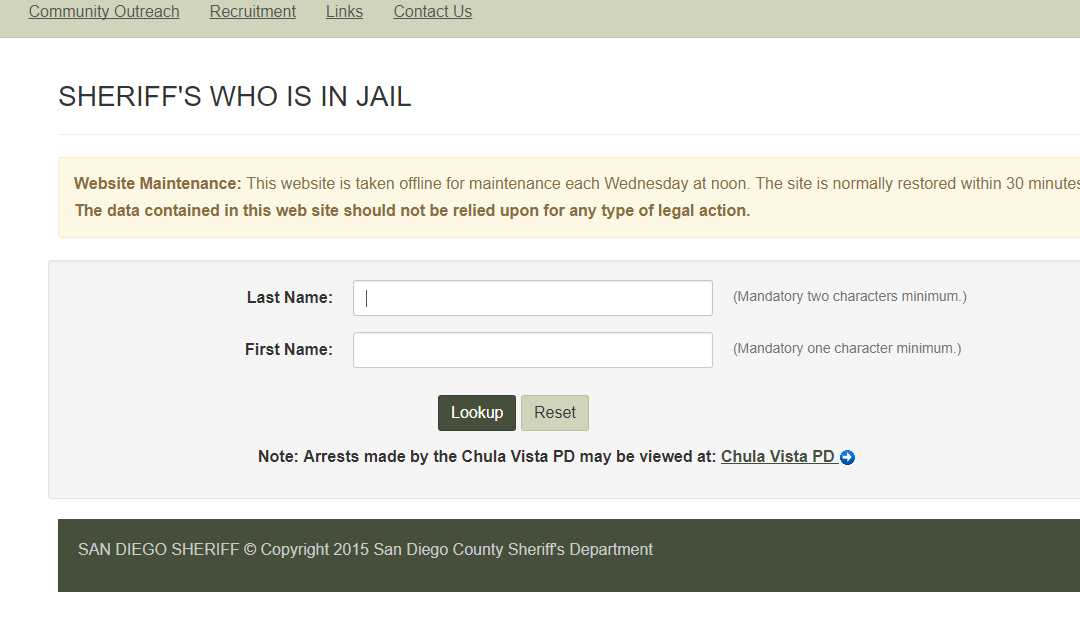 So you want to find San Diego arrest records online. Don’t worry I will show you how you can find out if someone has been arrested in San Diego for free online in a matter of a few minutes. You will see if someone is in jail, why someone went to jail in San Diego and when they will possibly go to court. You will be able to view the person’s mugshots, view the entire jail roster online, find out when someone was booked and when a person is expected to get out of jail.

You can request a copy of a report from the Sheriff’s station that wrote the report or responded to the incident.

Using the resources above you will be able to see who’s been arrested and booked into the county jail. You will be able to view inmate mugshots, find out how much someone’s bail is, when they were arrested, see who is currently in police custody, see who got arrested in the last 24 hours and much more.